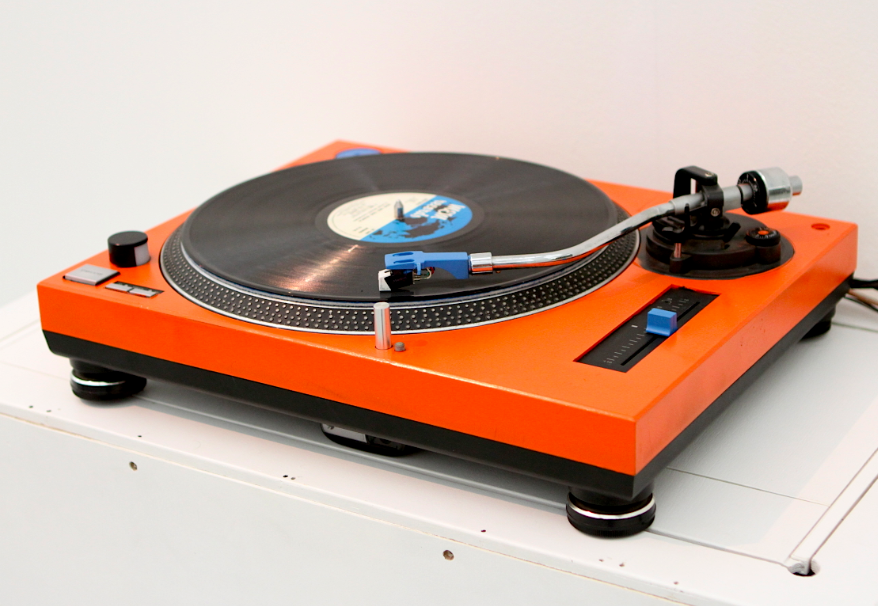 the "Crazy Turntable" it's an interactive installation that uses the energy produced by the audience to turn the platter and produce the sound.

It was showed for the first time in the exhibition http://nossomosson.org/

in the space " Normal"

This "Sonic Sculpture" consists in an apparently normal turntable but in this case, it just spins when the audience moves in front of it.

For one part, it's a small hommage to the classic professional turntable (sl-1200, 1972-2010) that has made dancing millions of people and has been "copied" by many many manufacturers.. (just the original sold more than 3 million..) In this case, the audience movement is the factor that makes the turntable to move and play the music..

Also. this homage comes in a time where the digital systems are rapidly replacing the old and heavy analog turntables. is a bit of Tradition/modernity dichotomy..

The orange unique coating, enhances the peculiarity of this turntable and it's my signature at the same time.

TEchnically, this installation consists in a modified turntable, webcam, small linux computer (inside) and a custom microcontroller board called "byron". It works as an standalone player and it's made using open source and open hardware tools, which warrants the persistence of the piece in the future.